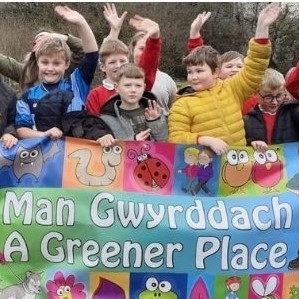 Primary school pupils in the Caerphilly county borough are planting ‘hedgerows of hope’ to celebrate National Tree Week and in a bid to tackle climate change.

In 2019 the Council became only the second in Gwent to declare a climate emergency and commit to becoming carbon neutral by 2030.  The annual ‘hedgerows of hope’ project led by the Council’s Countryside Rangers service works to support this by planting trees and hedgerows to help absorb carbon.

Trees help to remove the greenhouse gas, carbon dioxide from the air helping to reduce global warming.  Over many years, trees have been cut and removed in Wales leaving only 16% woodland cover, compared with most European countries that have 30%.

Cllr Sean Morgan, the Council’s Deputy Leader, said “Tackling climate change, increasing sustainability and protecting our environment for future generations is a key priority for the Council and we are undertaking significant work to deal with this issue.  Projects like those being delivered by our Ranger service are important not only in helping our environment, but also in engaging our young people and local communities; raising awareness of the issue of climate change and the role we all have to play in addressing it.” 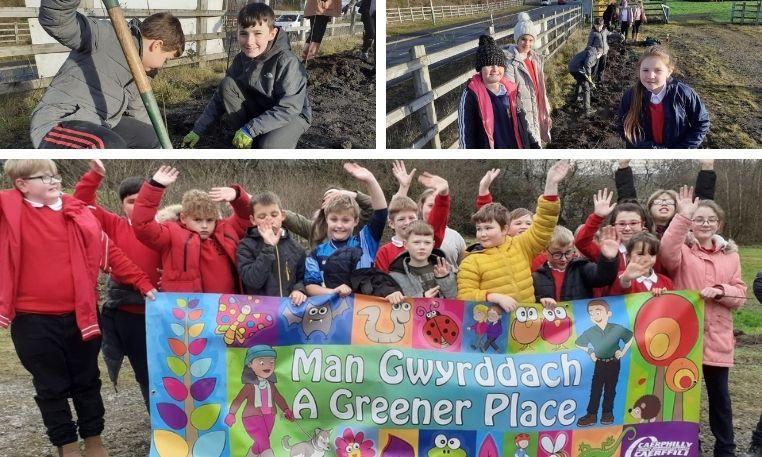 Pupils from Year 6 at St Gwladys Primary School, Bargoed helping to plant a new hedge at Parc Coetir Bargoed. Helping to make a better future for people and wildlife in their area.